Please manually key your address into the address boxes to ensure it fits within our field limits (use more than one line if your address is longer than the space provided). Thank you.
Lands' End > Women > Accessories > Belts 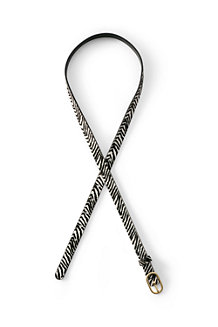 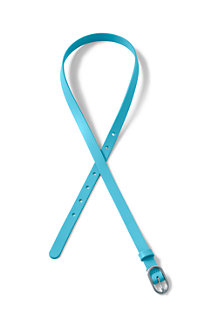 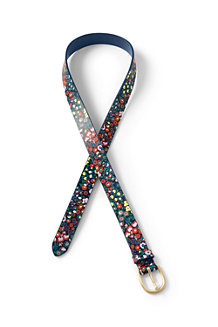 At Lands’ End, we know that the finishing touches you add to an outfit can so easily make the difference between a fashion hit and miss. And that’s certainly true with womens belts.

Browse our range of belts in full grain leather (and other prime materials), a choice of widths and a wide selection of colours to match (or contrast with) any outfit.

Our belts for women come in US sizes (XS-XL), but don’t worry – it’s easy to work out which size belt you need. Just use this guide:

How to choose your belt size

A short history of belts

Belts were originally a practical men’s accessory used to hold tools and weapons – as well as keeping breeches from falling down of course! In the Middle Ages, women also used belts to hold a purse, fan or even a pouch of sweet smelling herbs.

It’s true that for many centuries, there was a fashion among females for cinching in and creating the narrowest possible waist. But this normally involved the use of corsets and bodices, rather than womens belts. It was only when corsets fell out of favour that women started wearing belts to accentuate the waist in a less restrictive way. Unlike men’s belts, which were always just a practical item, belts for women were designed to be seen as part of the overall outfit – created in top quality materials, and decorated with all sorts of beautiful adornments.

The 1920s saw a brief decline in the popularity of womens belts, simply because the popular ‘flapper’ dress design of the day, with its loose drop waist, didn’t call for a belt. But it wasn’t long before belts were back in focus, and in the 1950s, Dior pioneered the cinched in waist – using plain, skinny belts to do it. And in the 1970s, loose-hanging chain belts for women were all the rage.

Today, belts are mainly designed to be shown off, in a range of colours and finishes. A popular option is the versatile skinny belt, which can be worn with jeans and chinos of course – but also with skirts and dresses, even without belt loops.